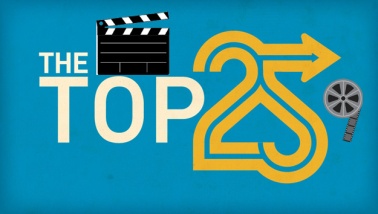 It is that time of the month again as we are well into May to give you what I believed to be the top 25 for the month of April. I want to start by saying that this was definitely one of the hardest months to choose a film only because we stepped the game up with the quality of films. We had a couple of stinkers of course, but we had way too many good and amazing ones that made it hard to choose. So, there may be some choices that I make that you may not agree with, but this list is about how I feel the films were. The five films (since there is only 30 days in April) that didn’t make the top 25 cut are: Volcano, Kull The Conqueror, Summer Job, Reefer Madness, and Fifty Shades Of Black. Those films simply did not make the cut because they were either not worthy or just didn’t top any of the 25 films chosen. Here is the Top 25 for the month of April:

11. Secret In Their Eyes

7. Me And Earl And The Dying Girl