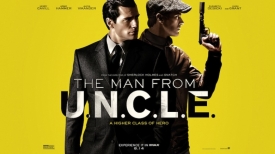 Going into today’s Ass Whoopin Wednesday film, there were two reasons I chose the film The Man From U.N.C.L.E. with one being that it was directed by Guy Ritchie (Snatch) and the second being that it stars Superman himself Henry Cavill (Man Of Steel). The Man From U.N.C.L.E. takes us all the way back to the 1960’s and the cold war as our setting for the film. Cavill plays American CIA operative Napoleon Solo while Armie Hammer (The Social Network) plays KGB Agent Illya Kuryakin in a film where the two agents are forced to team together against one common enemy other than each other. There is a rumor that some Nazi enthusiasts are close to creating an atomic bomb and along with the help of the beautiful Gaby (Alicia Vikander) they will try to infiltrate and retrieve the bomb before it is completed. The film also stars Hugh Grant (Four Weddings And A Funeral) as Waverly, Elizabeth Debicki (The Great Gatsby) as Victoria, Luca Calvani (When In Rome) as Alexander, Sylvester Groth (Inglorious Basterds) as Uncle Rudi, Jared Harris (Sherlock Holmes: A Game Of Shadows) as Sanders, Christian Berkel (Valkyrie) as Udo, Misha Kuznetsov (25TH Hour) as Oleg, Marianna Di Martino as the desk clerk, and David Menkin (Zero Dark Thirty) as Jones. To check out the rest of the review and see some stats, click here. 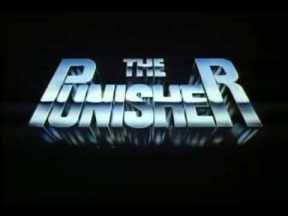 Before Marvel movies became the hip thing to do in the cinema world, there were films that they were releasing that weren’t that great. For today’s Ass Whoopin Wednesday film, we are checking out one of those films in The Punisher which starred Dolph Lundgren (Rocky IV) as Frank Castle, the cop who goes for vengeance after his family is murdered. You see it has been five years since the supposed death of Frank Castle and his family and someone known as The Punisher is taking out mobsters left and right. Only one cop (Louis Gossett Jr.) believes that The Punisher is Frank Castle and he is going after to Frank. Meanwhile the city is in chaos ever since he started murdering mobsters and the Japanese Yakuza are moving in, but it’s up to Frank to stop them. The film also stars Jeroen Krabbé (The Living Daylights) as Gianni Franco, Kim Miyori (The Grudge 2) as Lady Tanaka, Barry Otto (The Great Gatsby) as Shake, Brian Marshall (The Spy Who Loved Me) as Dino Moretti, Nancy Everhard (The Trial Of The Incredible Hulk) as Sam, Todd Boyce (Spy Game) as Terrone, and the film was directed by Mark Goldblatt (Dead Heat). To see the rest of the review, please click here.