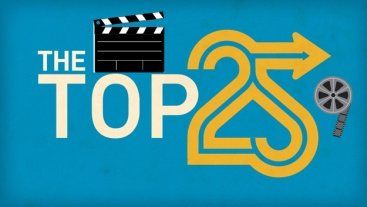 25. Me And Earl And The Dying Girl

22. Dawn Of The Planet Of The Apes 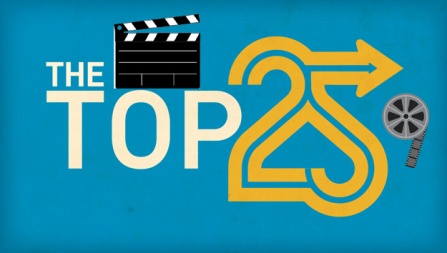 I have decided after seeing what a friend was doing with his challenge that I would rate the month of February as far as the films I watched. So, I have decided to list my top 25 films of each month and we are starting with the month of February. I will look at all the films I watched and I will rate them from 25 to 1 with one obviously being my favorite film of that particular month. At the end of the year I will rate the top 25 of the year if I make it to that point and hopefully I do. Obviously there are films that are left behind from the list considering some months have 30, 31, and this year February has 29 days. So, some films are unfortunately left behind and I will tell you that The Witch, Sharknado 3, The Punisher, and Black Mama, White Mama are left off the list. I’m not really going to explain why, but rather just show what my top 25 was. So, here is the list:

25. Jem And The Holograms

14. Batman: Mask Of The Phantasm

8. The Girl With The Dragon Tattoo

Ever since my friends told me about the Korean Cinema masterpiece Oldboy, I have been meaning to check this film out. What better time than now and what better place than here to check it out. Oh Dae-Su (Min-sik Choi) has been kidnapped and imprisoned for 15 years after a druken night. He doesn’t know who his captors is and he certainly doesn’t know why he is there. One day after 15 years of imprisonment, he is all of a sudden let go and sent on a journey to figure out who is captors are and why he was imprisoned. with the help of his new love Mi-Do (Hye-jeong Kang), hell try his best to get to the bottom of it within five days before the game is up. The film also stars Ji-tae Yu (Natural City) as Woo-jin Lee, Dae-han Ji (Spring, Summer, Fall, Winter and …Spring) as No Jo-hwan, Byeong-ok Kim (Sympathy For Lady Vengeance) as Mr. Han, Seung-shin Lee (Sympathy For Lady Vengeance) as Yoo Hyung-ja, Jin-seo Yoon (Voices) as Lee Soo-ah, and the film was directed by the legendary Chan-wook Park (Sympathy For Mr. Vengeance).

There are so many words that could accurately describe this film and some of the most simplest terms will do. Words like mind boggling, messed up, and thrill ride or emotional roller coaster will suffice for now. For a while, you believe that the film is going to be a bad ass revenge movie because as soon as he is released, he goes for revenge, but then it changes. The film all of a sudden becomes a mystery/thriller drama that keeps you on the edge of your seat for almost two hours. There is just so many emotions going through this film that you are surprised that the writing team was able to convey all of those into this one film. There is enough blood, sex, and violence to satisfy anyone and there is enough suspense as well. This is the film that just keeps giving and giving that you understand why Hollywood tried to turn this into an American classic. It should come as no surprise that this film came out of South Korea because they have been making intense films for quite some time now and I have been enjoying them for quite some time too. The film is available for streaming on Netflix and I strongly suggest watching this film if you want something a little different in your life. Plus, you should really watch this before you check out the remake that starred Josh Brolin. I am going to give this film an A for a final grade because it was that good.