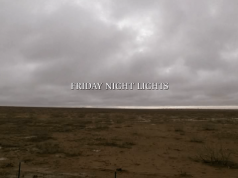 This could just be a sign that I miss football season even though it’s only been a couple of weeks or so since the big game. I have always been a fan of the sport and films about the sport of football so it was only natural for me to pick Friday Night Lights as today’s film. The film is based off of the book  Friday Night Lights: A Town, a Team, and a Dream which was by H. G. Bissinger. It tells the tale of a football team from deep in the heart of West Texas in Permian High School. There is a lot of pressure on the team to win a championship as the film focuses on it’s coach Gary Gaines (Billy Bob Thorton) and five of his players Boobie Miles (Derek Luke), Mike Winchell (Lucas Black), Don Billingsley (Garrett Hedlund), Ivory Christian (Lee Jackson), and Brian Chavez (Jay Hernandez) as well as the struggles they all go through with all the pressure. The film also stars Lee Thompson Young (The Famous Jett Jackson) as Comer, Tim McGraw (The Blind Side) as Charles Billingsley, Grover Coulston (The Lone Ranger) as L.V. Miles, Connie Britton (Friday Night Lights-TV Series) as Sharon Gaines, and the film was directed by Peter Berg (Lone Survivor). 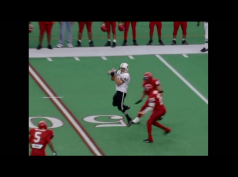 The guys who wrote Varsity Blues (also based in Texas) must have read this book because they borrow some of the elements. The guy who wrote the script for When The Game Stands Tall must have been watching this film. How do you ask that this could be possible? The star player with all the division one scholarships goes down with a knee injury, does that sound familiar? The father who is so obsessed with football that he literally gives his kid a hard time, does that sound familiar to you? You might be saying no way can Friday Night Lights and When The Game Stands Tall be the same because they are both true stories that took place at different times and different states. I know that, but you probably didn’t know that Alexander Ludwigs character of Chris Ryan was made up. In fact, he is a combination of guys that played for the team. This was an amazing football movie that shows how quickly a team of guys can bond over a season. It also teaches you about brotherhood and what that really means. Now the film isn’t as crazy and over the top as Varsity Blues was, but it had plenty of drama in it. The film was so amazing that it would spawn a television show that Connie Britton stars in as well as the coaches wife once again. If you love football movies, then give this one a shot because it is that good. I am going to give the film an A- for a final grade.