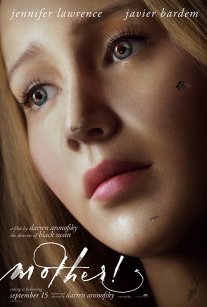 Before I get into the film that I chose for this week’s Movie Of The Week, I do want to remind people that just because it says movie of the week does not mean that I loved the film. I like to think that I am an amateur film critic who is going to be critical of films that I do watch. With that being said, it’s now time to get down to business because this week was an interesting week in the theaters after last week’s record breaking numbers for IT. This week we are checking out a film from award winning director Darren Aronofsky (Black Swan) called Mother!. After his house burns down, Him (Javier Bardem) is looking to rebuild his life with his new wife Mother (Jennifer Lawrence) and he is trying to write a new book, but the inspiration is just not there until a couple (Michelle Pfeiffer and Ed Harris) come by and stir things up which provide him with the all the inspiration that he needs. The only problem is how is Mother going to handle all this chaos that has now come into her life? The film also stars Domhnall Gleeson (The Revenant) as Oldest son, Brian Gleeson (Snow White and The Huntsman) as youngest son, and Stephen McHattie (Watchmen) as Zealot.

If you do not know anything about the film other than what you see in the trailer then you are in for a night of confusion because I went in thinking that this was going to be a Rosemary’s Baby kind of film and boy was I wrong. I left the theater so confused because I did not know at the time what I had just viewed. The whole time I was trying to figure out where the horror was and what in the hell was the point of all these people continuously showing up. The more people showed up, the more chaos that ensued in the film. Now there are two ways that you can look at this film and I chose one of them because it made more sense to me. So, I am going to give you the spoiler alert warning so turn around and leave if you do not want to know anymore. Javier Bardem is an author or poet so he is known as the creator and his home represents the garden of Eden. He hasn’t been able to write a book in a while so the first one is known as the old testament and this new one that he has unleashed on to the world is the new testament. I believe Jennifer Lawrence plays Mary where she is very fragile, virtuous while Michelle Pfeiffer and Ed Harris play Adam & Eve and the Gleesons play Kane & Able. You see the Zealot who plays mankind that in Aronofsky’s opinion has taken the word of Him and has spun it to his control over the people. The baby that the couple have represents Jesus who Him gives away to the people only to have them kill his only son.

Does this all sound a little familiar to you now? Well after hearing this, I finally understood what the film represented and you have to love the directors use of semiotics. This film was the perfect example of that, but shame on me for not realizing this in the theaters. As I said above, I was expecting Rosemary’s Baby, but instead I got a study in anti-religious semantics. That was definitely not what I was looking for in the film. One of my biggest complaints of the film was the camera work only because it bothered the hell out of me when it followed and copied her every movement as the camera shook up and down as she walked. I loved the look of the film because it had that earthy, grainy kind of look to it especially with the colors and the tones (reminded me of The Witch). Ed Harris and Michelle Pfeiffer were absolutely awesome in the film as well as Bardem and Lawrence, but they were the highlight because as soon as they showed up that is when all chaos ensues. As far as my overall opinion of the film goes, I am not a huge fan of the agendas of directors so I feel as though that I was mislead by the trailer, but I have to give him credit for stumping me. Besides the camera work, the film was done very well and his use of semantics was on point in this film. That is why I am going to give the film an B+ for a final grade.